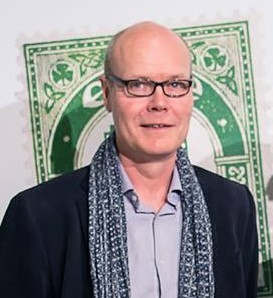 John McCourt is Professor English at the University of Macerata. He previously taught at the Universities of Trieste and Roma Tre. His most recent book is Writing the Frontier. Anthony Trollope between Britain and Ireland (Oxford University Press, 2015). He is also the author of The Years of Bloom: Joyce in Trieste 1904-1920 (Lilliput Press and the University of Wisconsin Press). This book has been published in Italian, Hungarian, Spanish, and Japanese. John has edited many volumes including Roll Away the Reel World: James Joyce and Cinema (Cork University Press), and James Joyce in Context (Cambridge University Press). He co-edited Problems with Authority: New Essays on Flann O’Brien,with Ruben Borg and Paul Fagan (Cork University Press, 2017). An edited collection entitled Reading Brendan Behan was published by Cork University Press in 2019. He is currently working on a study of the reception of Joyce's Ulysses in Ireland as the centenary of its publication approaches. John is co-director of the Trieste Joyce School and Vice-President and President-Elect of the International James Joyce Foundation.